Commissioned by Voorbij Funderingstechniek, H5S is installing grout injection anchors on the HES Hartel Tank Terminal project. The new terminal in the port of Rotterdam is located on the Hartelstrook and will have a storage capacity of around 1.3 million m³ in the future, suitable for oil products such as diesel, gasoline and biofuels. The supply and removal of the products will only take place by ship.

A 1200 m¹ deep-sea quay is being constructed for the largest sea-going vessels. A 1000 m¹ long quay is being constructed for inland vessels. 56 self drilling hollow bar anchors have been installed in the deep sea quay with a maximum load of up to +/- 3200 kN. The inland quay is forseen with 360 self drilling hollow bar anchors with a load of +/- 2500 kN.

For the aforementioned loads, hollow bars with a diameter of up to 140 mm¹ are used. The sand layers in which the grout bodies are formed have cone resistances almost constantly above 30 MPa. This combination of anchors dimensions and cone resistance leads to very challenging drilling conditions.

Thanks to the sonic installation of the grout injection anchors, only water is used to drill to the starting point of the grouted body. The SAAF-measurements carried out afterwards mainly show a deviation of a few centimeters in the horizontal plane.

As a special aspect of this project, two test anchors were installed prior to the production anchors. Subsequently, investigation test was carried out on these two grout anchors with a jacking frame that was developed by H5S. During the investigation test, the anchors are loaded up to 5100 kN.

Thanks to the investigation tests, it has been demonstrated that Sonic installaion® of anchors does not influence the bearing capacity. 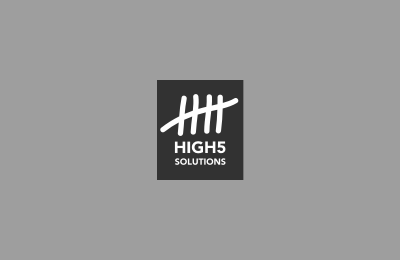 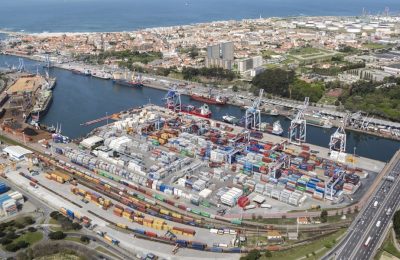 Working on the energy transition 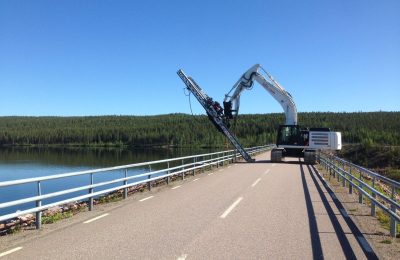